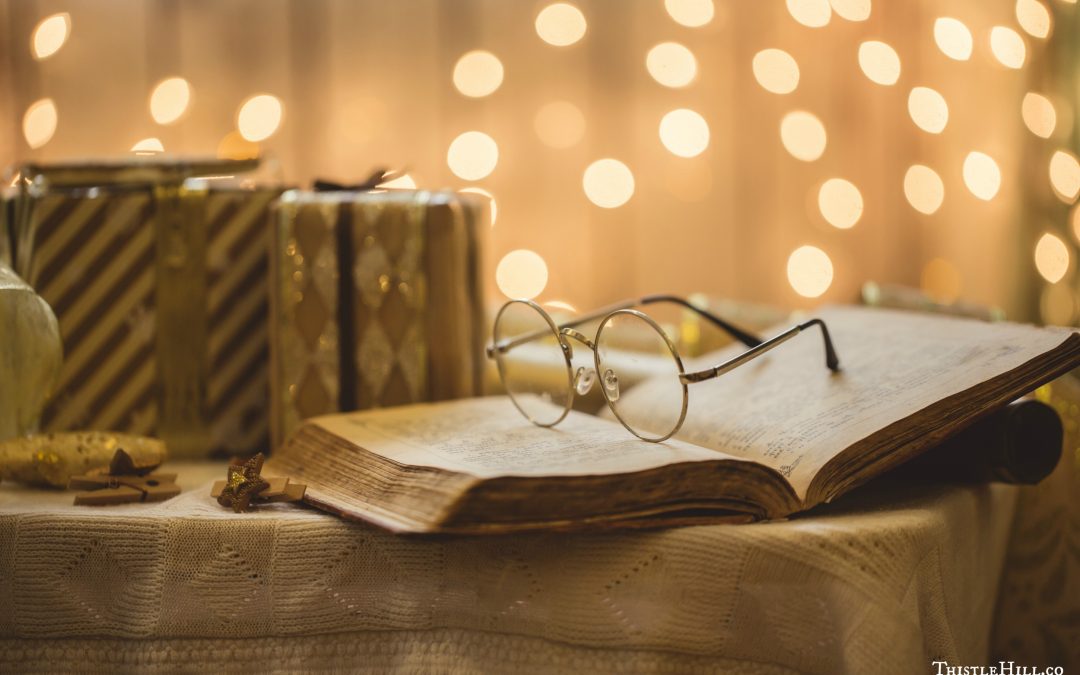 I’m always on the hunt for finding creative ways to teach equality to the younger generation. Below, I’m sharing how to use Harry Potter to teach children about prejudice.

Prejudice and stereotypes are two social pitfalls that seem to leave behind more damage than the lasting power of cockroaches.

However, with each new generation, we have the chance to chip away at them in the hopes of one day living in a world where all people are viewed as equal and differences in race, gender, ability, etc are no longer cause for concern.

One brilliant way to teach your children about the presence and dangers of prejudice (as well as how much better the world would be without prejudices) is to read and discuss the wildly popular children’s book series, Harry Potter. 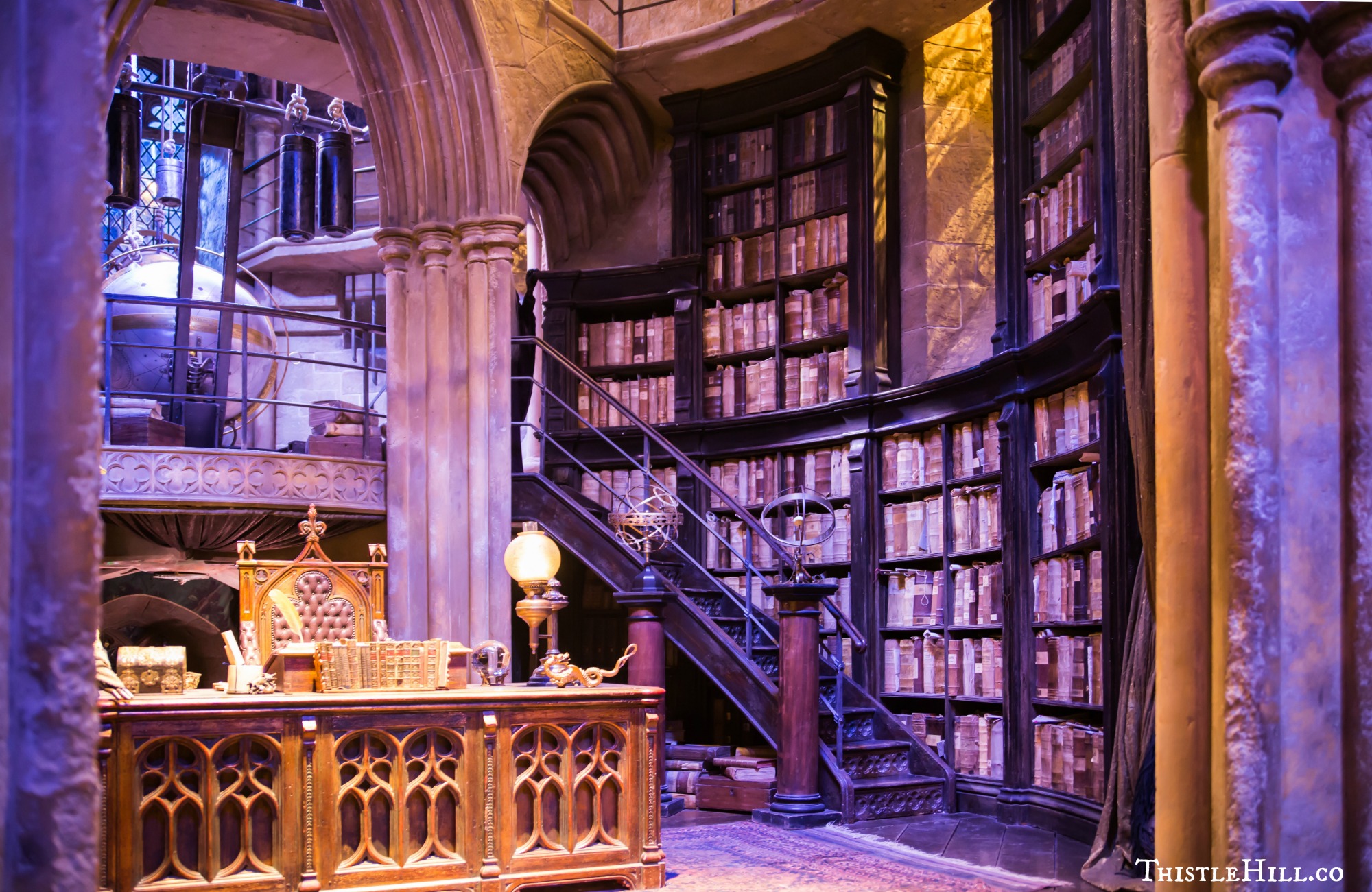 As you know, in the Harry Potter books (and Harry Potter movies), British author, J.K. Rowling builds a magical world that is inhabited by all sorts of beings. Witches, and wizards, and dragons…oh my! When you study the relationships between the different characters, we get a really in-depth view of the various prejudices and stereotypes that can plague even an imaginary world. While this may seem heavy for children, it’s actually pretty brilliant because, throughout the stories, children see firsthand that prejudices and stereotypes do more harm than they do good.

Harry Potter Characters and How They Face Prejudice

Here are 4 types of human beings in the Harry Potter series that you can discuss with your child to illustrate how prejudice and stereotypes negatively impact good people and the people who love them.

However, you also had witches and wizards (like the Weasley family) who admired and cared about Muggles. They sought to learn about them and to learn from them- acknowledging that just because they were different didn’t mean that they were less valuable. Some witches and wizards even put themselves in danger of being ridiculed (or killed) by anti-Muggle fanatics to help aid and protect their Muggle counterparts. This is a great lesson for children to learn. It teaches them that diversity is a beautiful thing – not one to be feared. It also teaches them that it’s important to treat others as equals, to see the value in all people, and to stand up for people – even when your peers may direct their animosity towards you.

Not all witches and wizards are born to magical families. Some of them have Muggle parentage. In the Harry Potter world, the slur that is used to describe people with Muggle parents is “Mudblood”. We first learn of this word when it is slung by Draco Malfoy at Hermione Granger, whose parents are both Muggles. Despite the fact that Hermione is the brightest witch in her grade (and possibly in the entire school), she is looked down upon simply because she was not born into magic.

This, in itself, is a teaching lesson for children. The fact that Hermione had the “disadvantage” of not growing up in a magical environment, she not only excelled in her magical studies, but she also surpassed all of her peers – even the ones from families that had magical blood rolling back for centuries. It shows that we are not limited by our circumstances. It also shows that you should never judge someone based on their birth or where they are from. Instead, judge them by their strength of character and the value that they add to the world. Hermione Granger was part of the trio that helped to bring down the evil villain in the Harry Potter world. How’s that for a “filthy little Mudblood”?

Squibs are people who have at least one magical parent but have no magical skills. They are looked down upon by witches and wizards. Being a Squib (or giving birth to one) is viewed as a shame and a dishonor. Many witches and wizards hid or disowned their Squib relatives. Parents often worried immensely if their child didn’t display magical abilities by a certain age and rejoiced when they finally did. Because of all of this, Squibs are viewed largely as second-class citizens. Though they are often sent to live with Muggles rather than in the wizarding world, they grow up feeling like they are part of neither world.

Squibs often grow to feel a great deal of resentment towards witches and wizards, which is often highlighted by the unpleasant and harsh attitude of Argus Filch, the caretaker of Hogwarts School of Witchcraft and Wizardry, where many magical families send their children to learn to control, grow, and hone their magical abilities before venturing out into the real world. This is an excellent talking point about how being treated harshly by your peers can make people feel terrible about themselves and, thus, lash out at others. It is also a lesson in why we should never treat people differently just because they have different abilities than we do.

Another being in the Harry Potter world that is the victim of prejudice and mistreatment is the werewolf. Werewolves are human beings who, because of an infection that is caused by being bitten by an infected human, become wolf-like creatures during full moons. Despite the fact that they are humans the rest of the time and cannot control their transformation, these people (who are often full-blooded witches and wizards) are viewed as nothing more than animals to be controlled. Remus Lupin, a much-beloved professor at Hogwarts School of Witchcraft and Wizardry was forced to leave his position once parents of the students realized he was a werewolf – despite the fact that he was the best at teaching his subject (a subject which was literally about defending oneself against dark magic, so you’d think the parents would want him to stay).

Not only were wizards regarded with fear and utter disgust (which often prevented them from finding love), they are shunned by society and legal sanctions were placed that all but assured that they would live in abject poverty. They were also dehumanized by the Ministry of Magic, being considered as beasts. In many cases, known werewolf children were not even allowed to attend school. It was thanks to kind people like Professor Dumbledore and friends like James Potter and Sirius Black that werewolves like Lupin stood even a remote chance of living happy lives.

The treatment of werewolves is a lesson in treating other people with respect and not fearing them just because they are different. It is also proof that people who are “different” can still play tremendously important roles in society. Remus Lupin, in addition to being an excellent teacher (who taught Harry Potter a spell that protected people time and time again), was also a brave and honorable man who laid down his life to protect the same people who would have run from him had they known he was a werewolf.

These are just a few of the many examples of how to use Harry Potter to teach your child about prejudice and stereotypes. Let me know in the comments if you know of any other examples or creative ideas. 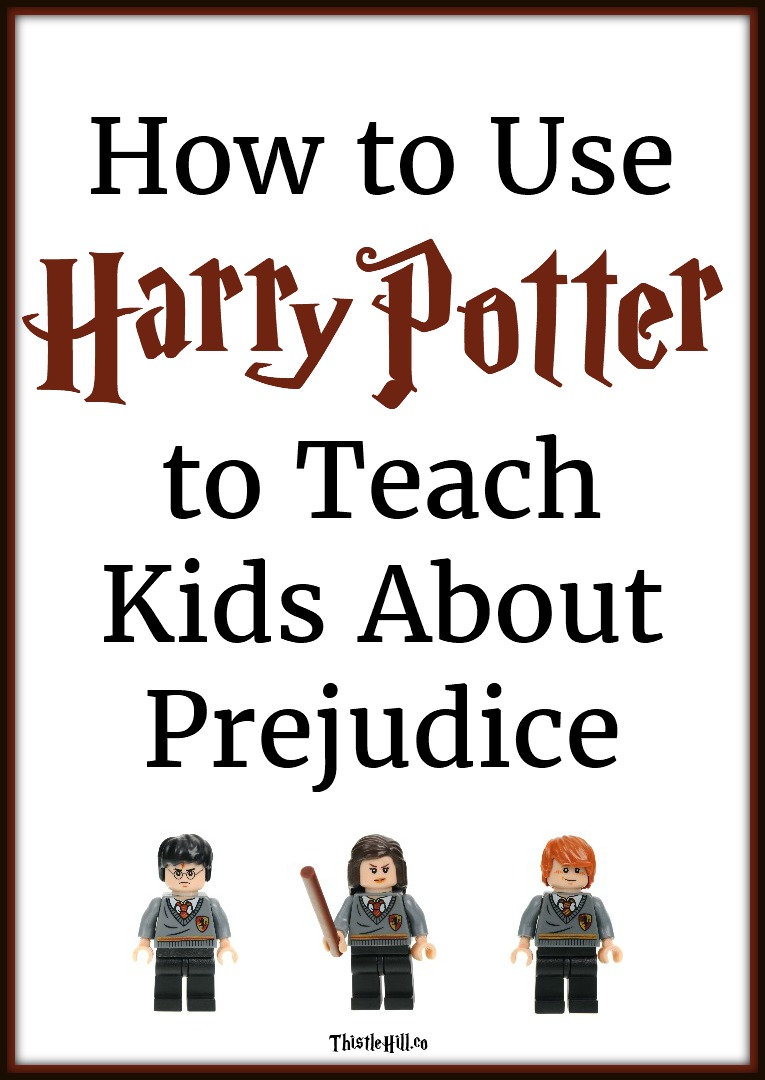 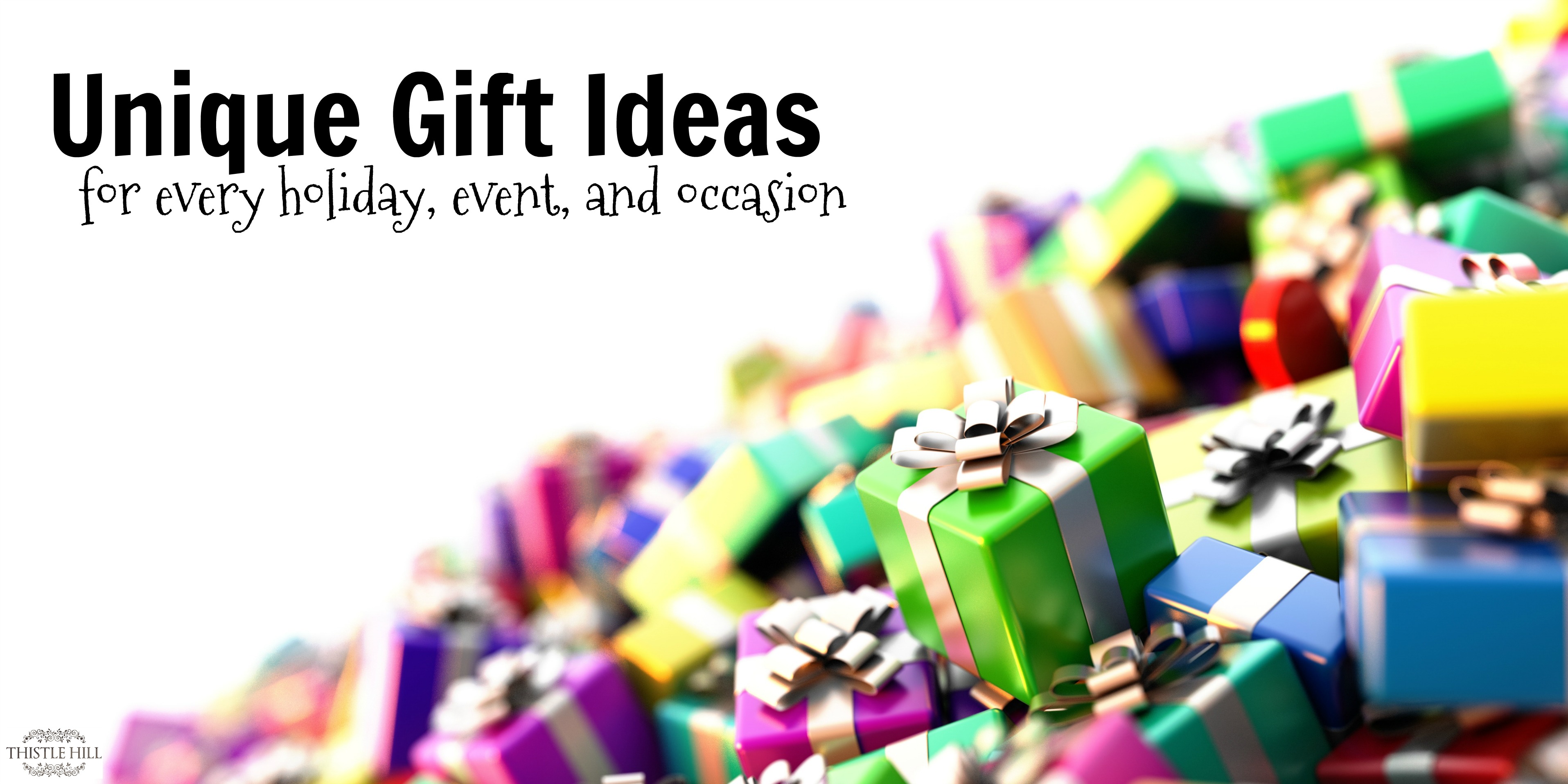 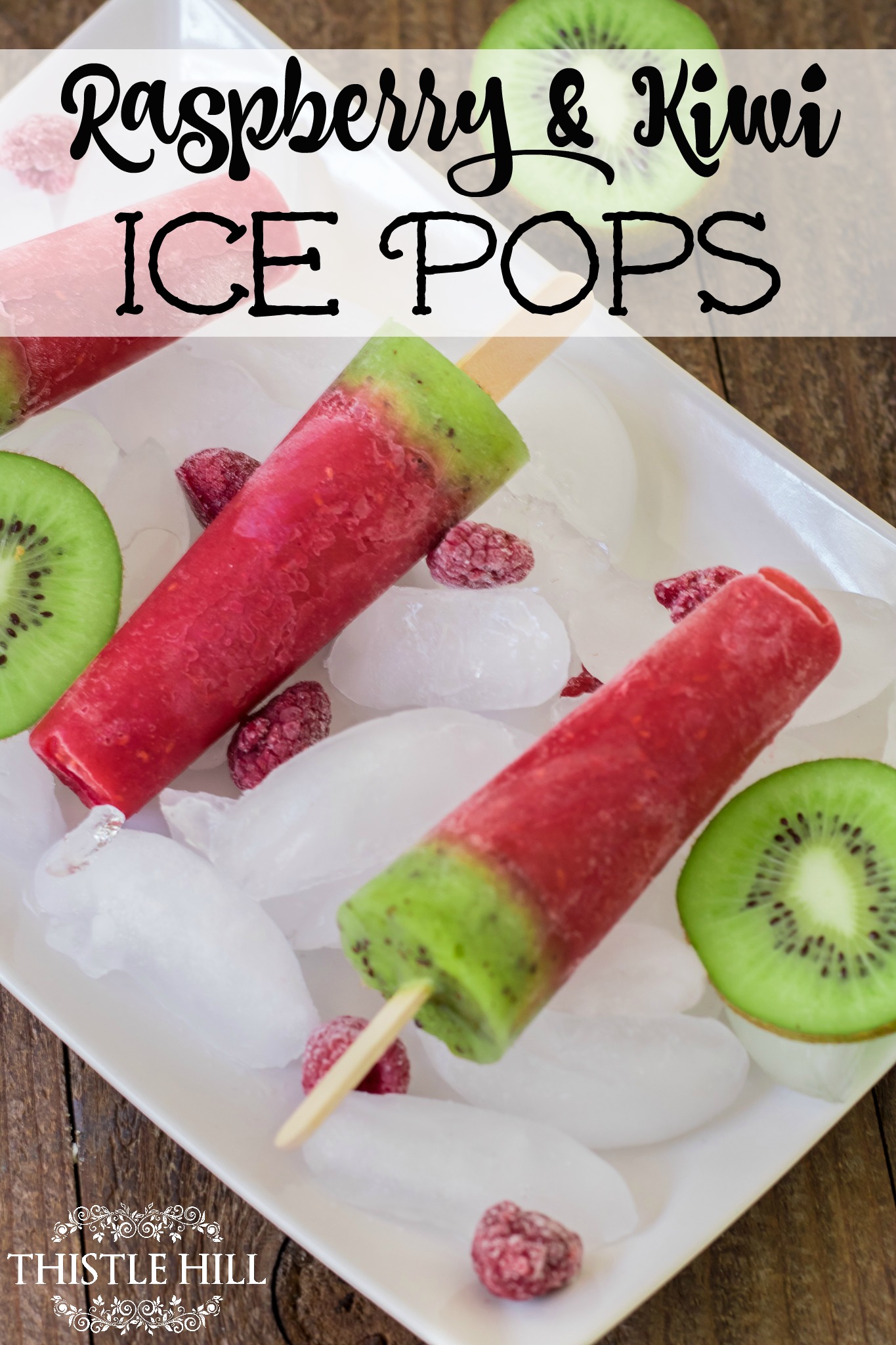